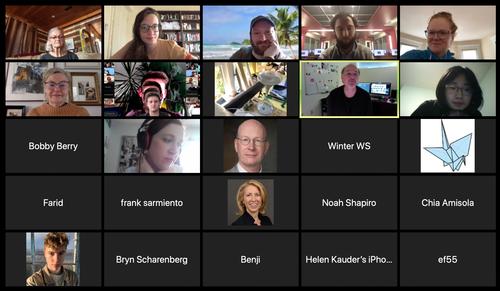 On Friday, April 3rd, the Center for Collaborative Arts and Media hosted a public hack-a-thon using the Zoom platform. The event began with a group meet and greet, where participants introduced themselves and shared their goals for the event. While many were excited to collaborate on some kind of project throughout the day, others admitted they were hoping to garner ideas for events or performances they might host in the future. In this way, the day became an experiment in what a virtual event could look like.

The groups were challenged to explore new possibilities for socialization, self-expression, and performance using the Zoom interface. Some of the prompts used to kick off the hack-a-thon included: How can you use the interface, as it exists, to do something it is not supposed to do, but that provides a new way to socialize? Can you create an add-on or a third-party product that adds a new dimension to how the platforms are used? What does a performance look like on these platforms, is there a way to convey some of the positive qualities connected to live engagement but by working remotely?

After the large group convened, smaller groups then split off from the main room for a period of experimentation. After about an hour, everyone reconvened to describe what they had discovered and pitch the projects they would be working on for the rest of the event. The structure of the event on the platform came to resemble a real-world hack-a-thon, comprised of small private groups and something of a public presentation ‘stage.'

To conclude the event, all participants returned to the main room to exhibit and view others’ work. One group explored the sonic properties of the Zoom platform, attempting to generate unique sounds by experimenting with feedback. Each member of the group logged in to the same Zoom meeting on two separate devices and moved them around in space to generate varying levels of feedback. They also used the green screen effect set to the color of their facial skin, so that backgrounds could be imposed onto their bodies. The group displayed their work by playing (via screen-sharing) a video that they made using the record feature embedded on the Zoom interface.

This set a precedent for the way people could perform together virtually by using the record feature - which preserved the sense that this was truly a simultaneous performance, rather than just separate videos stitched together. The presentation of the piece also allowed the audience to maintain a sense of togetherness by use of the screen share feature, which ensured that they were all present, watching the video at the exact same time. 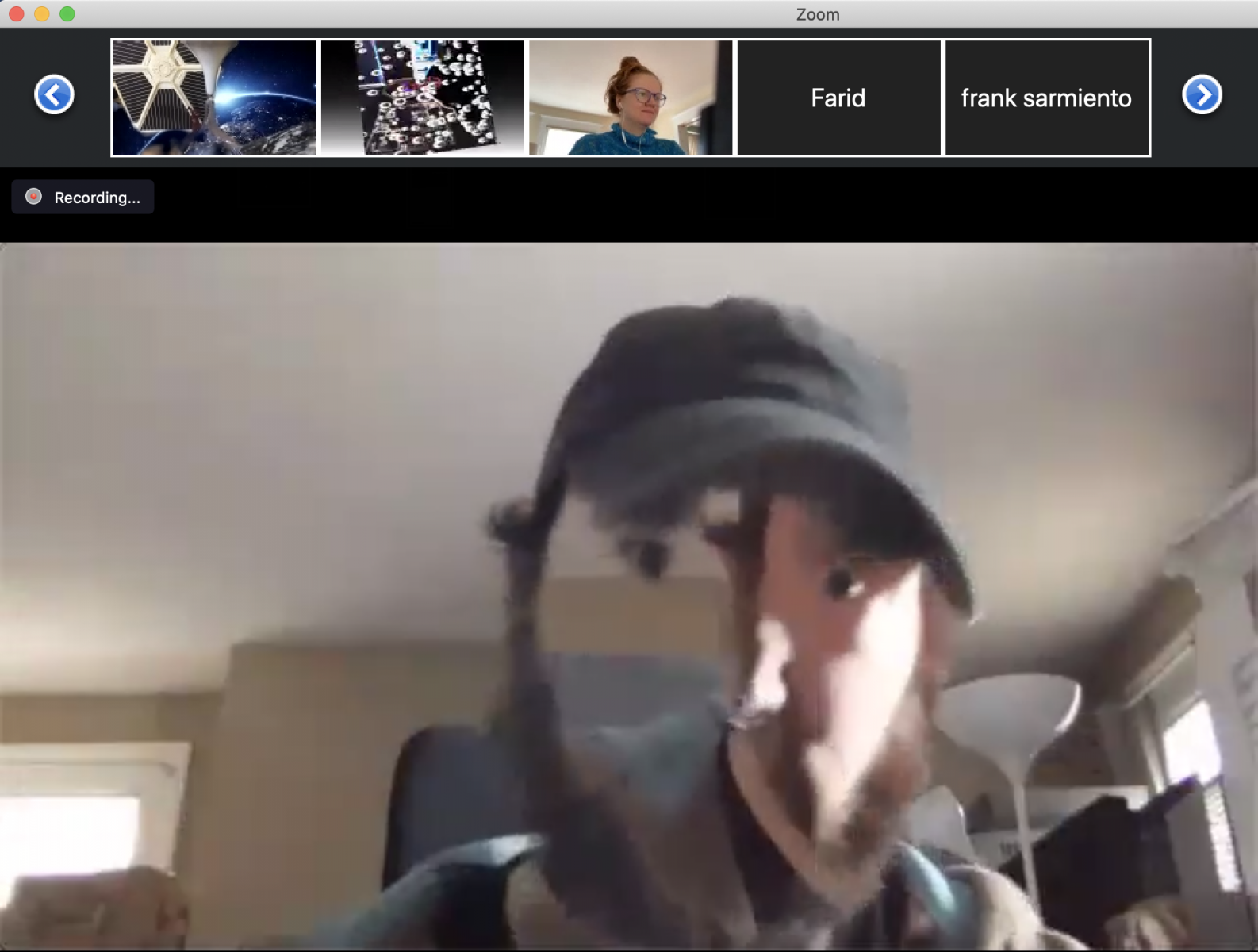 While some chose to perform in a group, others preferred to work alone. One participant created a new feature for the interface itself: by displaying the box that one’s image sits in as a face on a rotating cube (pictured below, in the upper right block). Meanwhile, one student created a karaoke video that can be viewed online here. 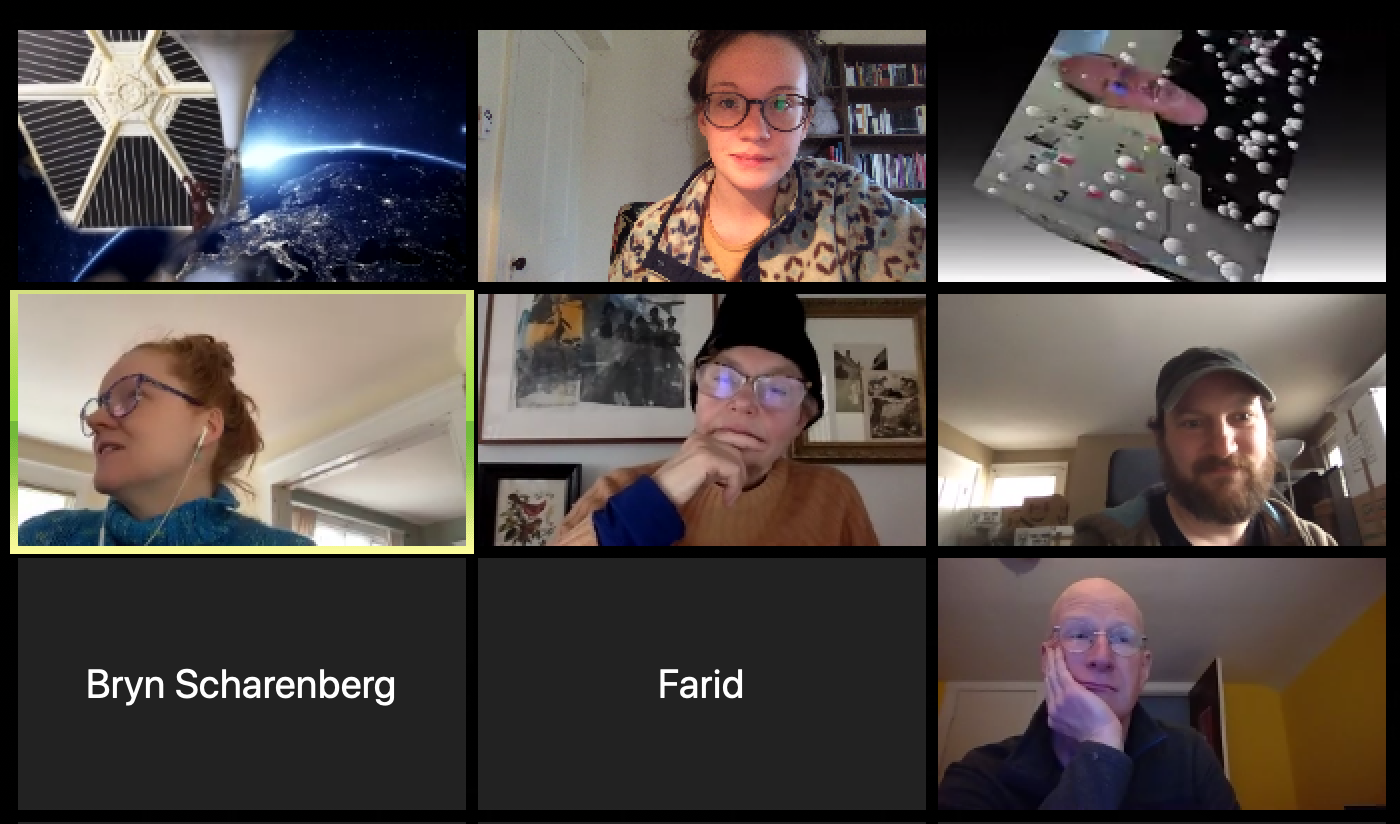