A conversation with filmmaker Céline Cousteau

The Yale Center for Collaborative Arts and Media invites Céline Cousteau for a conversation with A.L. Steiner, Senior Critic at the Yale School of Art, to talk about the nature of documentary film, the future of storytelling, and strategies for changing the world. With a developing interest in emerging technology, such as augmented and virtual reality, to tell stories about mankind’s impact on the environment Cousteau is hoping to find new ways to convey our relationship to the world that we inhabit. Whether using new media or employing more traditional formats, the goal is the same: to connect people to the world that we inhabit.
Céline Cousteau is an author, humanitarian and environmental activist working with a variety of mediums that range from documentaries to art, from consulting with corporations and foundations, to public speaking. Each form shares the same message of interconnectivity between humans and the natural world.
As a documentary film director, producer, and presenter, Céline is the founder and executive director of CauseCentric Productions, which creates impactful, cause-focused content. In 2015 Ceìline co-founded The Outdoor Film Fellowship with a vision of passing on her family legacy of cause-focused filmmaking. The OFF is a nonprofit program whose mission is to empower the next generation of filmmakers, creatives, and activists to inspire change through leadership, film, and the arts. Céline is also the ambassador for the TreadRight Foundation, and is on the board of directors of the National Aquarium in Baltimore. Her previous work has included being Guest Designer for Swarovski and a member of the World Economic Forum Council on Oceans. With a degree in psychology and a masters in Intercultural Relations, Ceìline is fluent in three languages. Tribes on the Edge is Céline’s first feature documentary.
A.L. Steiner utilizes constructions of photography, video, installation, collage, collaboration, performance, writing and curatorial work as seductive tropes channeled through the sensibility of a skeptical queer ecofeminist androgyne. Steiner is co-curator of Ridykeulous, co-founder of Working Artists and the Greater Economy (W.A.G.E.), a collective member of Chicks on Speed, and collaborates with numerous writers and artists. Steiner is based in Los Angeles and New York, and is featured in permanent collections such as The Brooklyn Museum of Art, Marieluise Hessel Collection of Contemporary Art, Los Angeles Museum of Contemporary Art, The Hammer Museum and The Museum of Modern Art. She is represented by Deborah Schamoni Gallerie in Munich and Koenig & Clinton in New York. Steiner received a BA in communications in 1989 from George Washington University. Steiner is currently MFA Adjunct Faculty at Bard College and was appointed critic in photography at Yale in 2016.
This event is co-sponsored with the Yale Center for Business and the Environment and Blended Reality and is free and open to all.

A conversation with filmmaker Céline Cousteau 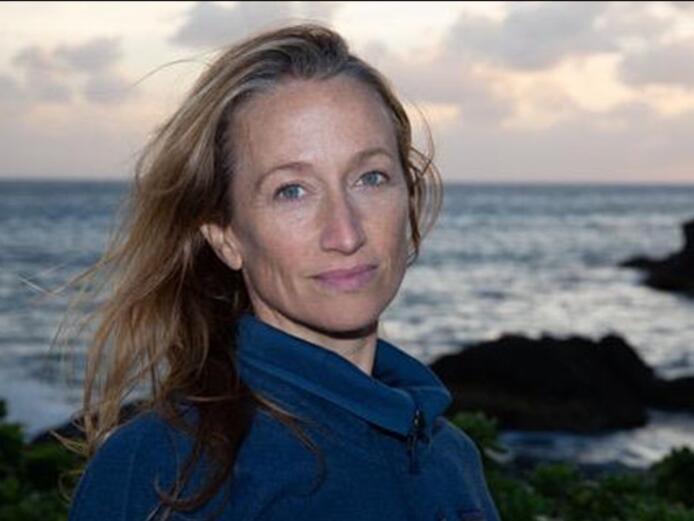